Abu Dhabi is the capital of the United Arab Emirates and the Emirate of Abu Dhabi. The political, industrial, commercial and cultural center of the country. 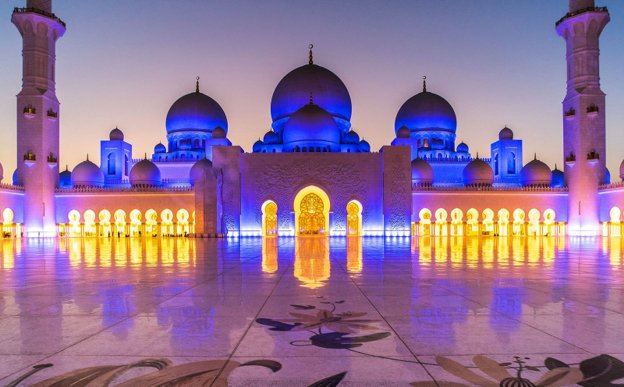 Abu Dhabi is the capital of the United Arab Emirates and the Emirate of Abu Dhabi. The political, industrial, commercial and cultural center of the country, its contribution to the UAE’s GDP exceeds 56% (2008). The population of the city is 1,145,000 inhabitants (2013 data). Previously, the city was called Abu Zabi.

Abu Dhabi was founded around 1760. There is archaeological evidence of the existence of a settlement on this site from the 3rd millennium

There is a legend about the foundation of the capital of the UAE. Arabs-hunters from the oasis of Liva chased a gazelle. The gazelle long looped through the desert, and then led the hunters to the shore of the Persian Gulf, rushed into the water and wade across the island. The hunters followed her, and a gazelle led them to a spring of fresh water. In gratitude, the hunters did not kill the gazelle, and the settlement founded near the source was called the “father of the gazelle”, which in Arabic sounds like Abu Dhabi.

In the 18th century, Abu Dhabi consisted of a fort and fishing huts located on the seashore near the ramparts. The main occupations of the inhabitants until the middle of the 20th century were fishing and pearl mining. In 1793, the settlement became the residence of the sheikhs (rulers) of Abu Dhabi.

The most important milestone in the history of the development of the city was 1958, when the first large oil fields were discovered near Abu Dhabi. The city becomes the organizing center of the country’s oil production. If Abu Dhabi was a small fishing village in the early 1960s, then 30 years later it turned into a metropolis with wide avenues and massive skyscrapers. A particularly intensive growth of the city began in 1968, when a five-year development plan was adopted; in 1971, Abu Dhabi became the interim capital of the United Arab Emirates. In 1996, the city received the status of the permanent capital of the UAE

Transport. The main mode of transport is taxi. There is a bus network, some of the stops are air-conditioned. From the Central Bus Station, buses go both to the cities subordinated to Abu Dhabi (Al Ain, Medina Zayed), and to other emirates. Mass expansion of public transport is expected as part of the 2030 land transport master plan. It is expected that 130 km (81 miles) of metro and 340 km (210 miles) of tram tracks and / or bus routes of the fast route (BRT) will appear. The city has wide streets with modern pavement and three-lane traffic in each direction. Usually Roads stretch from north to south, Streets from west to east. Streets. In the middle of the streets there is a dividing strip, which is usually planted with palm trees.

Sights. One of the main attractions is Sheikh Zayed Mosque, one of the largest in the world and the largest in the UAE. In 2017, the Art Museum of the Louvre Abu Dhabi opened. On the Corniche promenade is a refurbished shipyard where Arabic wooden boats (dhows) are made.