Ras al-Khaimah (the top of the tent) – the emirate in the north of the United Arab Emirates. The capital is Ras al-Khaimah. 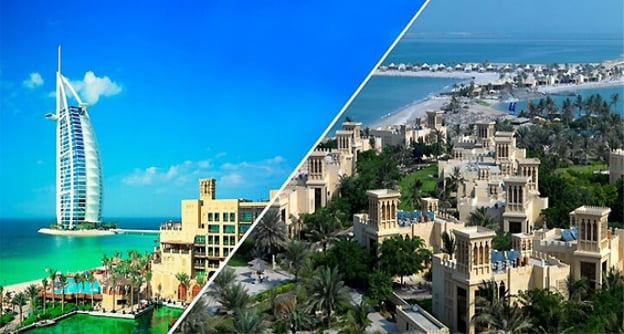 The city was founded by the Armenians and was called Julfa. Armenians arrived on the Arabian Peninsula through Persia, fleeing the Mongol invasion.

The population of the emirate is about 300 thousand people. The share of UAE citizens is about 50% of the total population (which is quite a lot for a country where on average this indicator is only 20-25%). The official language is Arabic, English is widely used in business, among the immigrants Hindi, Urdu, Bengali, Malayalam, Persian and other Asian languages are widespread.

As in other regions of the country, the basis of the economy is the oil industry. In addition, there are enterprises for the production of ceramics and cement, an enterprise of the pharmaceutical company Julphar.

Ras al-Khaimah is a region of great interest to the tourism business. Ras al-Khaimah organizes tours focused on both beach vacations and trips with a cognitive component. Of great interest to tourists are the ancient city of Julfar, attracting Watchtowers and forts, and the islands of Al Marjan, attracting up to one hundred thousand tourists a year.